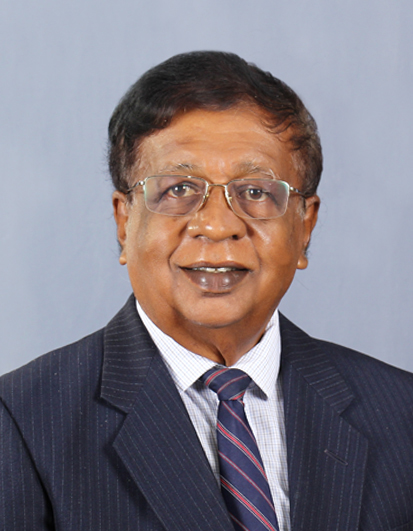 Prof. Sirimevan Colombage, who was the first Chair Professor of Social Studies at the Open University of Sri Lanka, received his Ph.D. in Economics from the University of Manchester, UK in 1985 with specialization in international finance. He started his academic career at the University of Ceylon, Peradeniya in 1969 as an Assistant Lecturer, having obtained a First-Class Hons. B.A. special degree in Economics with Money and Banking as the major field of study. In 1970, he was appointed an Economist in the Central Bank of Sri Lanka. He functioned as a Deputy Director in the Ministry of Finance during 1985-1989, on release from the Central Bank. From 1991 onwards, he functioned as the Director of the Departments of Economic Research, Statistics and Data Processing. He opted to give up his lucrative career in the Central Bank prematurely in 2000 to accomplish his ambition to be an academic and an independent researcher. Immediately after relinquishing the duties in the Central Bank, he undertook a research project at the University of Manchester. He was appointed Chair Professor of Social Studies in the Open University in 2002. He was promoted as the Senior Chair Professor of Social Studies in 2010. Following his retirement from the Open University in late 2011, he was appointed a Senior Fellow at the National Centre for Advanced Studies affiliated to the UGC. His research interests focus on macroeconomic policies, money and banking, fiscal operations, international trade and finance, econometric modeling and financial inclusion. He has substantial research output published in the form of refereed journal articles, books and monographs. He has functioned as the principal investigator in several international collaborative research projects, and travelled abroad extensively to participate in research forums and official meetings.

“The Monetary Approach to Balance of Payments and Other Related Issues: Empirical Evidence of Sri Lanka” Staff Studies, April/Sep. 1991, 21(2)

“Further Observations on the Velocity of Circulation of Money”, Staff Studies, April/Sept.1980

“The Use of Swap Instrument for Monetary Policy Purposes”, Central Bank of Sri Lanka, 1994