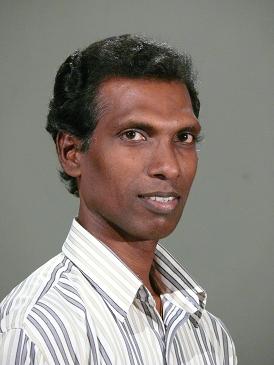 I graduated at the University of Colombo completing Physics as a Special subject and also completed degree of Mater of Philosophy in colorimetry instrumentation at the same university. To complete My PhD in the area of Mass spectrometry Instrumentation I did research at the University of Uppsala , Sweden and University of Manitoba , Canada  . I assume that , the complicated phenomena in the nature can be understood through the   models presented in Physics . I am curious to know about the mysterious phenomena in the universe . But  I also believe that those understanding is not the reality.  .

(i) Title : A low cost device to teach colorimetry in a chemical laboratory. Published in Sri Lanka Association for the Advancement of Science, 53rd annual session in 1997 December, E2-36

Published in Sri Lanka Association for the Advancement of Science, 56th  annual session in 2001 December, E1-219

(vii) Title : Study of the laser spot size on the surface of a MALDI target with the focusing height in imaging mass spectrometry