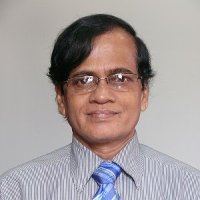 Mr.J.H.S.K.Jayamaha  obtained his first degree in Engineering from Faculty of Engineering University of Peradeniya. He started his career joining the Open University of Sri Lanka in 1984 as a demonstrator in Mechanical Engineering. After serving one and half years he joined the State Fertilizer Manufacturing Corporation at Sapugaskande, Kelaniya as a Chemical Engineer at Urea Plant in 1985. He has returned to the OUSL in 1986 and rejoined as a Demonstrator in the same department and subsequently joined the permanent staff in 1988. He was promoted to the post of Lecturer in 2006 and currently serving the Department of Mechanical Engineering as a Senior Lecturer.  He worked as an Assistant facilitator of the Sustainable Energy Engineering Master program (SEE World) of Royal Institute of Technology (KTH) Sweden from October 2010 to November 2011 and as the Facilitator of the Same program from 2017-2018.

He attended a training program of Computer Aided Design and Manufacturing (CAD/CAM) conducted by Asian Productivity Organization (APO) in Chennai and Bangalore in 1996. He obtained a Postgraduate Diploma in Computer Technology from Institute of Computer Technology (ICT), University of Colombo in 1996. He received a scholarship from ADB in 1999 to study his Masters degree in Engineering product Design at the University of Wolverhamption, UK. During his Master studies he worked as a researcher at PD&E Automotive BV, the R&D organization of NedCar at Helmond, Netherlands from June 2000-June 2001. He won a scholarship to do his second Masters degree in Renewable Energy from KIC Inno Energy and UPC Barcelona under European Master degree program of RENE in 2011. He studied first year at KTH, Stockholm, Sweden and second year at IST, University of Lisbon. During his Master thesis work he worked at Institute of Bio Engineering & Bio Technology (IBB) at IST, Lisbon from March 2013 to Noverber 2013. He also studied at ESADE business school in St.Cugart, Barcelona during summer vacation of the same program in 2012.

1.An Analysis of the DuPont’s Strategy throughout the Development of the Montreal Protocol