Over a charming event conducted in accordance with Covid-19 guidelines, OUSL celebrated the 73 Independence Day of Sri Lanka on 4 February 2021. The event was held on the lawn facing the HSS faculty. OUSL’s Vice-Chancellor, Prof. S. A. Ariadurai, Deputy Vice-Chancellor,  Dr.  A. P.  Madurapperuma and Registrar, Mrs. Vindya Jayasena hoisted the National Flag to begin the event. As the flags unfurled and fluttered to the winds, the National Anthem was sung. A two-minute silence was offered to those who sacrificed their lives for the betterment of the nation. Thereafter a short multi-religious ceremony was held which was represented by clergy from all the four religions.

Dr. Madurapperuma delivered the main address at the event. Reiterating that the modern nation state is an inclusive country with healthy respect for diversity, he linked this proud present to the late forties struggle for independence which was a combined effort of people from many ethnic and cultural backgrounds. It is our duty, he stressed, to sustain the cause of these national heroes who agitated and pushed for freedom from the yoke of subservience. Universities could contribute to the independent nation by creating higher knowledge through research. Such initiatives could free Sri Lanka from overt dependence on affluent nations, he stressed. OUSL played and continue to play a vital role in creating value-added knowledge through their academic initiatives, Dr. Madurapperuma said.

The ceremony was concluded on the theme of growth by planting of Rambutan trees near the OUSL sports ground at the Narahenpita entrance.

This ceremony was a joint effort of the OUSL’s Welfare Society and the General Administration Division. Ms. K M de Silva spearheaded the event and was ably supported by her team members. 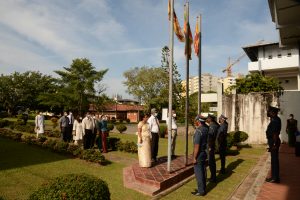 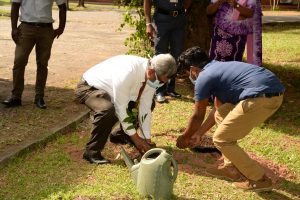 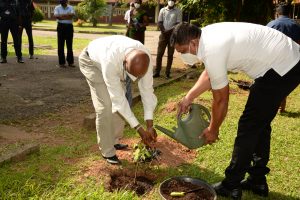 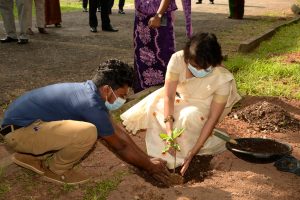 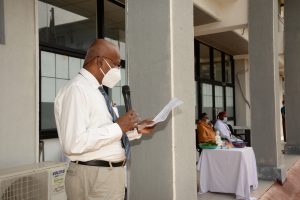 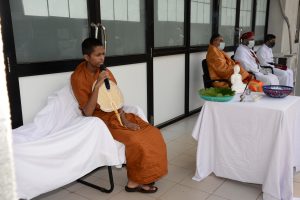 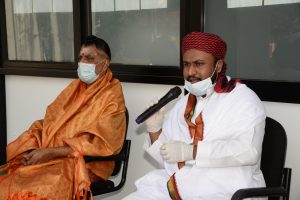 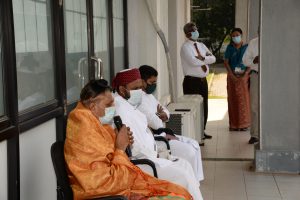 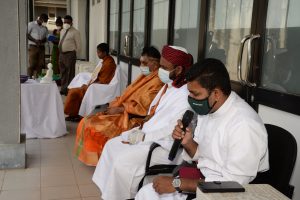